BUY 1 NATO STRAP. AUTOMATICALLY GET 10% OFF YOUR 2ND Yesterday, Christopher Ward announced a new ‘go anywhere, do everything’ range of watches with a key focus on the idea of versatility in both style and functionality. The Sealander series is made up of three watches, all sharing impressive capabilities as well as surprisingly low price points. I sat down (virtually) with Christopher Ward CEO Mike France and Senior Designer Adrian Buchmann to talk through the new hyper-techy Elite, the familiar-looking GMT as well as the brand’s first attempt at an everyday watch. Along with a fun discussion on the launch with two of the brand’s most distinguished characters, I was able to get hands-on with two of the three new releases: the Sealander GMT and the Sealander Automatic.

The vast majority of modern watch launches often provoke some form of an accusation from the community that’s usually along the lines of: ‘that watch looks like a X’. While I’m not going to argue that the Sealander GMT doesn't look a bit like an Explorer II, a Grand Seiko GMT or even a Glycine Airman, I can say that after more than a first glance, a number of details reveal plenty of originality. The aspect of the C63 GMT that’s most in keeping with the aforementioned watches is the fixed steel bezel that features familiar black etched 24-hour markers around it. As mentioned, the more time spent dissecting this new watch, the easier it is to see it as its own thing. At a second glance, the bezel is noticeably thinner than that of the Explorer II with far more of the watch head being taken up by the dial. Like the C63 Auto, the GMT model features an attractive polished lacquer dial with stick indices starring diamond polished facets. This finishing results in both a dressy, formal appearance and increased legibility, especially on the white dial variant. The dial text is kept simple with ‘Automatic GMT’ and ‘150m/500ft’ at the 6 o’clock, just above the colour-matched date wheel. On the topic of dial printing, many CW fans will be pleased to see a return to a traditional 12’o clock logo placement on all three of the Sealander watches. The handset is also consistent across all of the Sealander models featuring a large arrow hour hand, a truncated pencil minute hand and a colour-tipped needle second hand featuring the trademark 3-pronged fork on the counterbalance. The GMT model features the additional 24-hour hand which is highly reminiscent of the large orange arrow from the Steve McQueen Explorer II 1655. The dial and handset are covered by a sapphire crystal with a pronounced bevelled edge and AR undercoating. Flipping the watch over, we find a screw-down case back with a circular sapphire window exhibiting the Sellita SW330-2 that powers the Sealander GMT. This second-generation version of Sellita’s workhorse Swiss-made GMT calibre features a healthy 56-hour power reserve and standard accuracy of +/-20 seconds per day. The movement is finished well for the price point and features a custom ‘Twin-Flag’ engraving on the rotor. The watch is available on a plethora of fun and colourful rubber and leather straps, however, I’d highly recommend optioning these on as extras and going for the excellent steel bracelet which we’ll cover shortly.

The Sealander press release was notably honest regarding CW’s consciousness of the popularity of the Datejust, Oyster Perpetual and Aqua Terra lines. It stated how the brand wanted to offer something as comfortable, capable and as versatile but at the entry-level side of the market. These were the targets set for the least expensive offering in the new range - the C63 Sealander Automatic.

As mentioned, the C63 Auto features the same lacquer dial and handset as the GMT, except this time with red accents on the second hand, dial text and hour markers. Again, like the GMT, the C63 Auto features CW’s signature ‘Lightcatcher’ case with a balance of brushed and polished surfaces that really match up to the do-anything, everyday dress watch brief. The steel bracelet that comes on both watches is a real feat of engineering. The links are extremely well put together and the quick-release end links are solid and integrate really nicely with the case finishing. The clasp is free from any sharp edges, very well finished and feels as though it could be fitted to a watch 5 or 6 times the price of these CW watches. The clasp also makes use of a handy on the fly adjustment system that offers 10mm of extension for those warmer days where wrists can expand. The movement powering the C63 Auto is the venerable Sellita SW200-1. Based on the ETA 2824, the Sellita movement has powered hundreds of entry-level luxury watches for over a decade. Inexpensive to service, fair accuracy, good reliability, nice finishing (with that same custom rotor) and an adequate 38 hours of power reserve, the Sellita is a great movement to have in a £595 watch. After a good few days with both watches on the wrist, these are my thoughts.

Firstly, the 39mm case diameters of both watches is a great fit with the go anywhere, do anything vibe and wears particularly well on my 7.5-inch wrist with both casual wear and semi-formal outfits. It’s also genuinely refreshing to see two modern sports watches without slab-sided cases. The mixture of finishes and the different sections help both watches blend into your wrist, resulting in a cohesive feel where the watch looks as good on the wrist as it does sitting on a wet rock in a *Tudor* press release.

The next aspect that’s hard to miss when evaluating these watches is the ultra-competitive price points. My daily wear watch is a 2015 TAG Heuer Aquaracer 41mm and as it’s similarly specced to these two Christopher Ward watches, I found myself comparing them - often with the Sealander’s coming out favourably (legibility, clasp, case finishing). It then struck me that the Aquaracer retailed for twice the price of these new watches showing the impeccable value for money offered by them. While the brand equity may not yet match up to some of the larger players in the market, the enthusiast fanbase and the prevalence of brand-customer communication from CW far surpasses that of many of the well-established ‘entry-level’ brands like Hamilton, Seiko or Tissot. You only have to join the independently-run CW Facebook group to see how many passionate fans there are out there on the web.

As far as criticisms go, the list isn’t long - these are both highly impressive watches that I’d happily recommend to someone looking for a value one watch collection. With that said, the C63 Auto seems to lack a pleasing pop when unscrewing the crown. This can make it difficult to know whether you’re in the winding position, the date adjustment position or if you’re still attached to the thread. There were one or two occasions where I unscrewed the crown on the C63 Auto to wind the watch where I accidentally flipped the date change over or began screwing the crown down again. This could just be an issue with the crown stem on my press piece as I’ve never experienced it before with the Sellita SW line.

Finally, I do not enjoy sizing pin and collar bracelets and while I accept this is a process you’ll only have to do once (unless you pay the £10 for CW to do it for you), I’d much rather have screw links. I should follow that with an apology to CW: yes, I have lost one of the pin collars from the C63 Auto press piece. I’m sorry, it’s somewhere in my office carpet - if I find it, it’ll be in the post.

A word on the C63 Sealander Elite

Retrospectively, I wish I’d been able to get hands-on with the C63 Elite as it looks to be one of the most interesting entry-level releases of the year so far (sorry NOMOS). It’s a handsome, automatic Chronometer with 150m of water resistance, pioneering crown-locking technology, full titanium construction resulting in a weight of just 45 grams and a price of £1,150. These specs speak volumes both for the extent of Christopher Ward’s technological innovation and the success of the direct-to-consumer sales model that allows the brand to charge incredibly decent prices. Later next week, we’ll release an article surrounding Mike and Adrian’s answers to the questions you asked on Instagram - stay tuned for that as we’ll go over some of the ways CW managed to get the weight so low on the C63 Elite. So, the CW Sealander collection: incredible value, decent movements, well-finished and unique cases and disproportionately high attention to dial detail for the price. If you’re looking to add a capable sports watch that can handle the occasional Ivy visit, I think you’re safe in buying either of these watches. If you’re looking to silence your buddies when it comes to technical innovation in a sub £5,000 watch, go for the C63 Elite.

What really sold me on these new pieces was something Adrian Buchmann said over the interview; he’s the first senior designer that I’ve ever heard actively encourage owners to look at their watch dial through a loupe - if that doesn’t scream confidence in the quality of finish on an entry-level luxury watch, I don’t know what does. 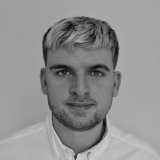 My watch collection and what's next.