Words and images by Andy Green

To me, ownership is a holistic process, which includes the purchasing, wearing and even maintenance (or servicing) of your watch. So, usually, we only ever get the opportunity to do thorough reviews on watches we own (like my Tudor Black Bay Fifty-Eight) or have owned, or on extended loan - either from brands, colleagues or friends. The reason I love in-depth reviews stems from my experience writing about and reviewing watches. Thinking back to the chaotic watch fairs and press events, getting some quality hands-on time with a single watch, is basically impossible. That's just the nature of fairs like Baselworld, where you might have 60 minutes to absorb a brands entire collection. I'm also a big believer in the idea that some watches you need to own, in order to experience them in full. The Tudor Black Bay Fifty-Eight (reference M79030N) was released just over a year ago at Baselworld 2018, and it's safe to say the hype hasn't died down. Three months ago, I was lucky to get my hands on the highly desirable model, which has been a smash hit to say the least. Today, I look back on three months of stable ownership to share my thoughts and compare it to its big brother.

Aesthetically, this is very much still the Black Bay the watch world has come to know and love. From a distance, it's virtually identical to the original (or full size) Black Bay (M79230N) with a black dial. The dial, case, bezel (et cetera) have been ever-so-slightly scaled down.</p>

However, and this is a big deal, it wears nothing like this bigger model, and as a result - it looks and feels so much better. Like the existing models, the 58 is COSC certified, waterproof to 200 metres, and features a 70-hour power-reserve, however, does feature a newer calibre, the MT5402 - whereas other models have the MT5602 WHY I BOUGHT IT

I initially purchased this watch on the Tudor Brown leather strap (with folding clasp and safety catch), which is one of three options the 58 is available on (the others being a stainless steel riveted bracelet, or a black and beige fabric strap with gold detailing). This choice struck curiosity among several friends, not expecting me to opt for a dive watch on a leather strap - and to be fair the choice was partly due to impatience, as finding stock is still quite difficult. And, on the other hand, I was curious to see what sort of potential the trimmed 58 had as a dress watch. To my delight, the 58 proved to be delightful and works well on the leather strap - and (I think) works nicely as a dress watch. The Black Bay 58 is beautifully refined, thanks to its 39mm case size, which is 2mm smaller than the existing Black Bay models. Two millimetres doesn't sound like much, but that's roughly 5% smaller. Having owned the original Black Bay Blue (ref 79220B) this size difference is both noticeable and extremely welcome. The lugs also taper nicely and have a slight curve allowing the case to sit happily on the wrist, regardless of the strap. There's no doubt about it - Tudor has nailed the proportions here. The best part of this reduction in size also welcomed a slimmer tapered riveted bracelet, which now starts at 20 mm between the lugs, which to me is the unofficial lug-size of the vintage watch world. Don't get me wrong. I truly loved my Black Bay Blue; it was my first 'real watch'. But as I matured, and my tastes evolved so did my interest in vintage watches, particularly Rolex and Tudor dive sports models. And here's the thing, these watches although inferior in every watch technology way - were still getting the most attention. It took some time to realise, but I found myself gravitating towards smaller and less bulky pieces, and the 41mm hefty Black Bay was effectively benched.

The Fifty-Eight's height (or thickness) is noticeably thinner, which only adds to the wearability, and the ability to dress this piece up. When I say thinner, the Fifty-Eight is 11.9mm versus the Black Bay at 14.6mm, a massive 18% reduction in height. With my Black Bay Blue gone, the void of a solid and robust, and more importantly - reliable - daily watch was instantly felt. I found myself missing that grab-and-go beating nature. It was a trusty companion that travelled with me on countless work trips, and the watch I felt safe wearing anywhere. But my gripe about the size remained, which is why when the reduced Black Bay Fifty-Eight was released, it grabbed me.

The new movement is indeed reliable, and you don't notice the 70-hour power reserve until you pick it up on Monday after a weekend of rest, and it's still going strong. In terms of timekeeping, I can't say I've even noticed, which is a testament to how robust the movement is. I was lucky enough to be in Switzerland at Baselworld when the watch was released (2018), and my initial thoughts still resonate with me. Although arguably a tiny (2mm in fact) change, the impact was significant for three key reasons. Firstly, it makes for a better watch. Secondly, it shows the brands dedication to continuous improvement. And thirdly - it demonstrated that Tudor listens to their fans, who had been calling out for the change.

WHAT I WOULD CHANGE

As you can see, I very quickly added a bracelet to the watch - again, I couldn't help myself. The moment I fitted it to the watch, I was delighted with my decision. Still, having owned the more substantial Black Bay - this slimmer bracelet felt fantastic on the wrist. I also think the rivets look much better as a result of the reduction, and it all just works. Now, on the bracelet, probably the only other criticism I can make of the Fifty-Eight (and it's a tiny one), is the ability to quickly adjust or extend the bracelet clasp. Honestly, it barely registers as an issue for me, but other collectors have called it out as an area of improvement, especially when comparing it to a Rolex Submariner (which isn't really a comparison). Like most, I do find my wrist fluctuating with the weather, and although the clasp does allow for micro-adjustments with a watch tool - it's not exactly something you can do on the fly. That said, if not for the fact this watch spends half it's life on a NATO strap, the Rolex Glidelock feature is a nice-to-have, but by no means a deal-breaker. After three months of wearing, and I mean wearing, the Black Bay 58 - I'm impressed. A week after purchasing the Black Bay it accompanied me on a trip to the UK and made it out unscathed after an adventurous three weeks. More importantly, I didn't once tire of wearing it during my travels, which has been known to happen when constrained to merely one watch.

Since returning, the romance is ongoing. What I thought might've been lust has proven itself love. While I enjoy a strap change as much as the next guy, the 58 is really at home on the excellent Tudor bracelet. Now, there's a reason the Black Bay Fifty-Eight has been striking all the right chords with vintage watch collectors and especially vintage Tudor fans. Tudor's 'Heritage Collection' draws on this rich history of excellent sports watches, and the Fifty-Eight is named after the iconic Tudor Oyster Prince Submariner 'Big Crown' Reference 7924, which was released in (you guessed it) 1958.

The larger crown on the Fifty-Eight means time-setting and winding is a breeze and is a subtle stylistic nod to the brand's heritage. But, the Black Bay is by no means a 're-edition' or 're-issue' of the original 7924. For example, the 'snowflake' hands present on the BB58 (and the rest of the Black Bay line) were not introduced until 11 years, in 1969, on the Tudor Submariner Reference 7016. So, like others in the Heritage Collection, the Black Bay Fifty-Eight is an amalgamation of the brand's heritage, incorporating a mixture of iconic and revered features. Funnily enough, not long into my three months with the BB58, it was indeed mistaken for a 7924, from a distance! If only...

TO CONCLUDE (for now)

With a budget of five grand, I was looking for a low-key reliable, handsome 'daily watch'. Something I could dress up or down, and never worry about travelling with, or knocking around at the gym or over the weekend. I wanted a watch that would keep me interested, and let me spice things up with a quick strap change. The Black Bay Fifty-Eight ticks all the boxes, and I can't stress this enough - the 58's biggest strength is its versatility.

I'll be back with my thoughts at six and twelve-month intervals, so be sure to check back in. However: It's saying a lot in itself that the Black Bay 58 will be here for that long and longer, in terms of how I feel about this most excellent watch. After all, the Fifty-Eight was the watch of 2018, and packed full of vintage charm, it is the perfect modern addition to the vintage collector's watch box. 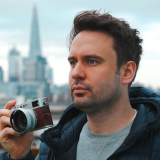